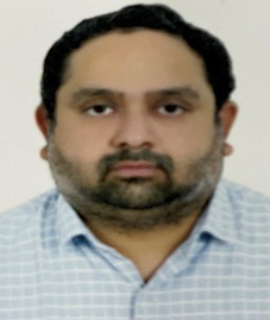 The interaction of common anticancer drug gemcitabine with human serum albumin (HSA), an important plasma protein, has been studied in details. A slight hyperchromic shift in the difference UV absorption spectra of HSA on the addition of gemcitabine gave a primary idea of the possible complex formation between them.  Inner filter effect played an important role in the observed fluorescence quenching of HSA by gemcitabine that can be understood by comparing the observed and corrected fluorescence intensities obtained at λex = 280 nm and 295 nm. There was a large difference between the observed quenching at these two excitation wavelengths that becomes negligible after the correction of inner filter effect (IFE). Quenching of intrinsic fluorescence of HSA by gemcitabine increases with increase in temperature which suggested the existence of dynamic type of quenching. Overall, gemcitabine shows weak to fair interaction with HSA with binding ratio of around 1. Secondary structural analysis showed that low concentrations of gemcitabine didn’t affect the native structure of protein, however, higher concentrations affects it slightly with partial unfolding. Molecular docking simulation was also performed to understand the mode of binding as well as the most preferred binding site of gemcitabine into HSA.

Dr. Ali Studied M.Sc. Chemistry from the Aligarh Muslim University, Aligarh, India in 2002. He then joined the research group of Prof. Kabir-ud-Din at the same institute and received his Ph. D. degree in 2006. During briefly teaching in an engineering college, he got an independent postdoctoral research project named “Young Scientist Fellowship” award in 2008 and remained to stay in the same research group to accomplish the goals of the project. In 2010 he joined the Department of Chemistry, College of Science, King Saud University as an Assistant Professor. He is now working as an Associate professor in the same institute. He has published more than 70 research articles in SCI(E) journals.