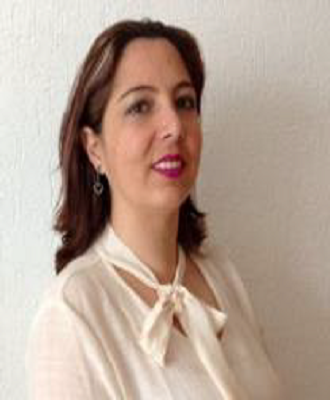 Edible films are an alternative to petroleum based plastics and contributes to reduce the pollution. This films can be prepared using natural polymers like proteins, carbohydrates, lipids or a mix of them. Whey proteins (WP) can interact with sodium alginate (ALG) through the formation of complexes between positively charged proteins and anionic polysaccharides. To evaluate the best ratio between WP and ALG potentiometric and turbidity titration were made using a spectrophotometer at ?=400nm. Once the ratio was determinated, the stability and particle size of the WP-ALG complexes was measured with a micro-electrophoresis/electrophoretic light scattering technique using a Zetasizer nano ZS90. Finally, edible films were prepared using the casting technique, samples were let dry for 48h at 45°C and 30%RH. The best ratio among WP-ALG was determinated at 4:1 (Protein:Carbohydrate), so the successive samples were prepared using this ratio. The zeta-potential of WP and ALG and the WP-ALG complexes showed good stability (below -30mV). The particle size of the complexes (410.7?m) were lower than the size of the ALG, showing the interaction between the two components. The edible films obtained were flexible, transparent with a thickness of 223 ?m. In conclusion, the formation of WP-ALG complexes helps to improve the solution stability and are good alternative to produce edible films.

Dr. Giovanna studied a master in Food Science and Technology at the Autonomus University of Querétaro, México in 2005. Then, she received the PhD degree in 2011 in Biotechnological Sciences at the University of Naples, Italy. She has published more than 9 research articles. Actually, she is working as a researcher at the Instituto Tecnológico José Mario Molina Pasquel y Henríquez in México