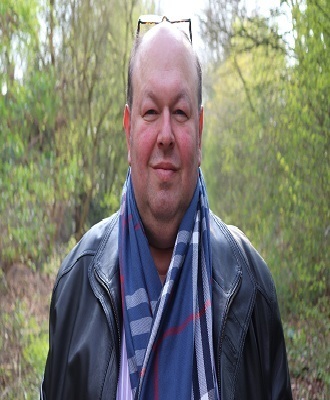 The application of quantum mechanical (QM) methods in drug discovery is becoming increasingly popular. This is largely a consequence of significant improvements in computing power/speed, which have led to advances in QM algorithm development and new applications of QM methods. Such methods are now routinely applied to many computer-aided drug-discovery problems, including characterising protein-water-ligand and protein-protein interactions, providing estimates of binding affinities, determining ligand energies and bioactive conformations, refinement of molecular geometries, scoring docked protein–ligand poses, describing molecular similarity, structure–activity-relationship (SAR) analysis and ADMET prediction. QM applications are rapidly replacing classical molecular mechanics (MM) methods because there is no need to use MM approximations when you can perform QM calculations with much higher accuracy and similar speed. In my presentation, I will provide a brief overview of these QM approaches illustrated by the examples taken from real drug discovery campaigns.

•    The subject of my presentation is application of quantum mechanical (QM) methods in drug discovery. This subject is highly relevant to a diverse audience, including computational        and medicinal chemists, pharmacologists, drug designers and structural & molecular biologists.
•    In my presentation I will describe how QM approaches can be applied to address key drug discovery issues, such as characterizing protein-water-ligand and protein-protein        interactions, providing estimates of binding affinities, determining ligand energies and bioactive conformations and structure–activity-relationship (SAR) analysis.
•    I will provide a brief overview of these QM approaches illustrated by the examples taken from real drug discovery campaigns

Dr Alexander Heifetz (m) is a former Royal Society Industry Fellow and a Principal Scientist in the computational chemistry team at Evotec. In 2001 he obtained his PhD from the Weizmann Institute of Science, Israel, under the supervision of former Israeli president and Foreign Member of the Royal Society Prof Ephraim Katzir and Dr Miriam Eisenstein. As a senior computational chemist Dr Heifetz has more than 17 years of experience in the drug discovery industry (EPIX Pharmaceuticals until 2005, at Biosystem Informatics (BII) Institute Newcastle until 2007 and at Evotec from 2007 - present) and was involved in the discovery of 4 clinical drug candidates for the treatment of anxiety, major depressive disorder, pulmonary hypertension, and Alzheimer’s disease. He has more than 35 patents and more than 40 peer- reviewed publications in the areas of medicinal chemistry and molecular modelling. In 2011 he received a Royal Society Industry Award for GPCR modelling and in this framework developed a novel hierarchical GPCR modelling protocol (HGMP) to support structure-based drug discovery programs. HGMP has been applied in many drug discovery programs. In 2018-2019 he edited two books ‘Computational Methods for GPCR Drug Discovery’ and ‘Quantum Mechanics in Drug Discovery’ (in production) published by Springer as part of the “Methods in Molecular Biology” series.