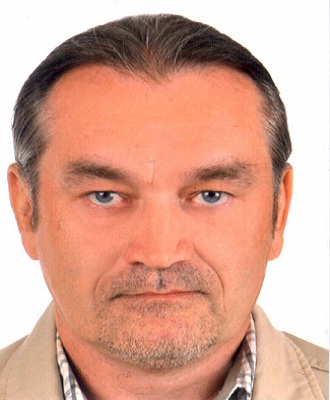 Telomeres are terminal fragments of chromosome composed of highly repetitive sequences of nucleic bases (TTAGGG):(CCCTAA). We can distinguish guanine rich (G-rich) and cytosine-rich (C-rich) strands within the double stranded telomeric DNA. The biological role of telomere is protection of chromosome and regulation of cellular aging. Telomeres play also important role in the development of cancer. An interesting feature of telomeric part of the DNA is that they can form non canonical spatial structures. So, the G-rich strand can form G-quadruplexes (Gq) and the C-rich strand can form intercalated, quadruple helical structure called i-motif (iM). G-quadruplexes can form at neutral pH but they need monovalent ions  (Na+,K+) to be stabilized. I-motif has been described in literature as a structure which can exist only at a reduced pH when one of cytosines become protonated.
The biological function of Gq as telomerase inhibitor is well-known and it is considered as important target in anicancer drugs development. Biological function of iM is less recognized though it was found that carboxylated single wall (but not multi-wall) carbon nanotubes are one of few factors which can stabilize i-motif selectively. Moreover, it was also shown that carboxylated carbon nanotubes are able to inhibit telomerase activity though the mechanism of that process is still unknown.
Selective induction and stabilization of telomeric iM by carboxylated single walled carbon nanotubes is a very interesting phenomen. Therefore, this work is devoted to the analysis of the interaction of carbon nanotubes with iM at the atomic level using molecular dynamics simulations. We study two kinds of i-motifs differing by the protonation state of cytosines, i.e. unprotonated ones representative to neutral pH and with half of the cytosines protonated and representative to acidic conditions. These i-motifs interact with two kinds of carbon nanotubes differing mainly in chirality and on-tip functionalization by amino groups or by guanine containing residues. We found that protonated i-motif adsorbs strongly, though not specifically, on the nanotubes surfaces with its 3’ and 5’ ends directed towards the surface and that adsorption does not affect the i-motif shape and hydrogen bonds existing between C:C+ pairs. The functional groups on the nanotube tips have minimal effect either on position of i-motif or on its binding strength. Unprotonated i-motif, in turn, deteriorates significantly during interaction with the nanotubes and its binding strength is rather high as well. We found that (10,0) nanotubes destroy the i-motif shape faster than (20,0). Moreover the i-motif either tries to wrap the nanotube or migrates to its tip and become immobilized due to interaction with guanine residue localized on the nanotube tip and attempts to incorporate its 3’ end into the nanotube interior. We can thus conclude that single walled CNT cannot directly stabilize the structure of unprotonated i-motif due to simple physical interactions being a result of the specific shape of CNTs. We observed rather reverse effect – narrow CNT turned out to be more effective in deteriorating the iM structure.
Acknowledgments: This work was supported by Polish National Science Centre grant 2017/27/B/ST4/00108.

•    The audience can learn about the importance of noncanonical DNA structures in suppression of telomerase activity, i.e. the enzyme which is responsible for the infinite proliferative capacity of cancer cells
•    The audience can learn about the role of carbon nanotubes as specific factor affecting the stability of the noncanonical i-motif structure.
•    The knowledge about mechanisms of the above mentioned processes, coming from molecular dynamics simulations, can help in designing of novel anti cancer drugs or selective drug delivery systems.

Prof. Tomasz Panczyk  studied Chemistry at the Department of Chemistry, Maria Curie-Sklodowska University in Lublin, Poland and graduated in 1997. He then joined the research group of Prof.Wladyslaw Rudzinski at the same Department and started his PhD. He received his PhD degree in 2001 at the same institution. Since 2001 he has been employed in Jerzy Haber Institute of Catalysis and Surface Chemistry, Polish Academy of Sciences in Krakow.  Since 2009 he is a Life Member of Clare Hall college in Cambridge, UK. He has published more than 80 research articles in SCI(E) journals.