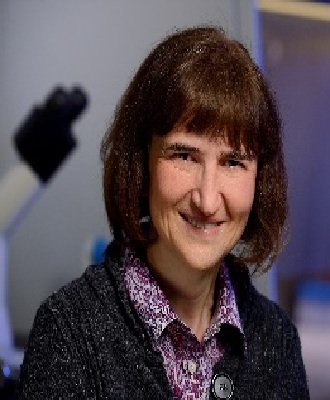 Peptides that self-assemble into pore-like structures in lipid bilayers could have utility in a variety of biotechnological and clinical applications due to their ability to breach the barrier imposed by lipid bilayers. To empower such discoveries, we use rationally designed peptide libraries and high-throughput screens to select peptides based on a particular property, in this case macromolecular-size bilayer poration. Towards this goal, we designed a library based on the bee venom peptide melittin, and we developed a high throughput screen that reports on the passage of macromolecules across lipid bilayers. We identified two peptide families that efficiently assemble into large pore-like structures. One of the families is highly active at pH 7.  The other peptide family is pH sensitive, as its self-assembly is triggered by low pH. The pH-triggered peptides could be used for endosomal release of uptaken polar molecules into the cell cytosol, upon endosomal acidification. They also could be used in cancer therapies to selectively permeabilize the plasma membranes of cancer cells, since the vicinity of solid tumors is often acidic.  Additional generations can be screened to further fine-tune the properties of these peptides

•    Explain how the audience will be able to use what they learn?
•    How will this help the audience in their job? Is this research that other faculty could use to expand their research or teaching? Does this provide a practical solution to a problem that could simplify or make a designer’s job more efficient? Will it improve the accuracy of a design, or provide new information to assist in a design problem? List all other benefits.
1.    We show that peptides with desired properties can be discovered through orthogonal screening of a rationally designed, iterative, combinatorial peptide library, even when we lack complete understanding of structure-function relations for these peptides.
2.    The work described here opens new doors to exploring medical and biotechnological applications of peptides that are triggered by a physiologically relevant decrease in pH.
3.    For example, the peptides can be used as cancer therapeutics.  It is known that the environment around solid tumors and in inflamed tissues is acidic. Thus, the novel peptides will selectively compromise the plasma membrane and kill the cells only when the environment is acidic.
4.    The peptides can also be used as drug delivery agents.  While it is relatively easy to direct molecular cargo to endosomes, the cargo is typically destroyed upon endosome acidification. The peptides, if co-delivered to the endosomes, will induce macromolecular poration of the endosomal membrane as the endosome matures, leading to successful release of intact cargo into the cell cytosol

Kalina Hristova received her B.S. and M.S. degrees in Physics from the University of Sofia, Bulgaria, and her Ph.D. degree in Materials Science from Duke University, USA. She did post-doctoral work at the University of California, Irvine. She is a Professor of Materials Science and Engineering at Johns Hopkins University in Baltimore, Maryland. The work in her laboratory focuses on membranes and membrane proteins. Dr. Hristova is the recipient of the 2007 Margaret Oakley Dayhoff award from the Biophysical Society. She was elected Fellow of the American Physical Society in 2016, and Fellow of the American Institute for Medical and Biological Engineering in 2018